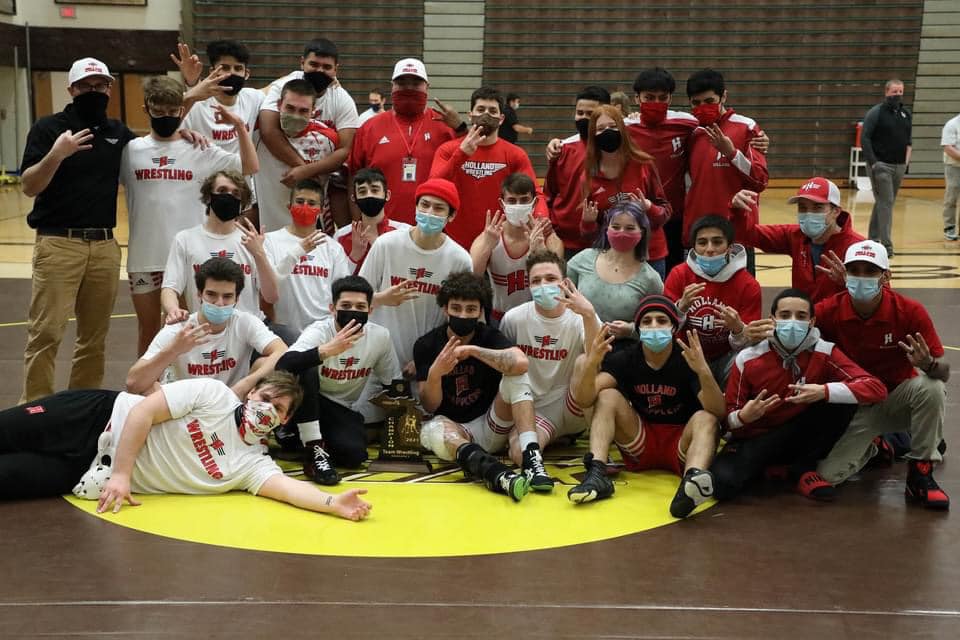 Going 1-0 on the night was Solomen Owens.

Holland improves their record to 17-8 on the season and will travel to Allendale for individual districts this Saturday.